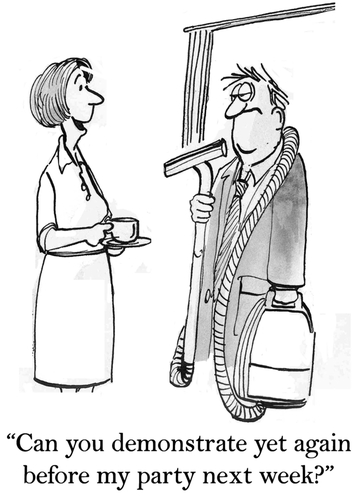 How often have you felt under pressure to return a favour?  Even the very idea of returning favours makes me feel uncomfortable, actually, I don’t even like the word ‘favour’ nor its many derivatives, such as favourite and  favouritism.  When I thought about it a little more deeply and quietly, I realised that behind the favour is something much more subtle.

There is something happening when we feel compelled to first accept a favour and then to return it.  Whether it’s the many young bright people calling at my door with a magazine for a worthy cause (and I have bought at least three of these recently), or the local politician looking for my vote, the same subtle process of reciprocation is being used.  In exchange for my donation, I get a present, could be called a ‘favour’, in the form of a magazine (which will remain under a pile of old newspapers in our overcrowded front room coffee table before it’s finally recycled).    It’s a powerful influencing tactic.

Here’s another one. My local Councillor strolls up with his leaflets to influence me into voting for him in the local elections (held yesterday).  He sees the dilapidated pebbles masquerading as a public footpath outside my door and stopped still.  We both look at it in dismay.  And, in exchange for my vote, he promises to have it fixed by the County Council.  This is followed up by confirmation e-mails and me sending off photos to the County Council engineer. And, yesterday, I felt compelled to vote for him because I really would not feel comfortable following up with him to get the footpath fixed (which is in this state for more than 4 years now) if I hadn’t casted my vote first.  He was very successful in influencing me:  I do not think that the favour will be returned anytime soon and I knew that when I got into the exchange in the first place. It’s not rational nor logical: based on the fact alone that the footpath is a hazard to the public, should be enough to get it repaired by the local Council.

I have tried so hard to resist these types of ‘on the doorstep’ calls to reciprocation. Being influenced in this way has led me to change our utility provider (three times), our television provider (albeit only once); sign away to many sponsorship cards; purchase tickets for sports clubs; and sign up for a number of direct-debit charities (all extremely worthy I may add).  Last week my husband responded to the knock on the door, and I waited in the vain hope that he would not be influenced. Turns out that he is as susceptible to reciprocation as I am, and even worse, I can hear him talking to the caller: ‘I’ll need to check with my wife first’ (sigh….).

Reciprocation is the first of 6 principles used in influencing and persuasion which is explained so well by Dr. Robert Cialdini, in his book: “Influence: The Psychology of Persuasion”.   Tune into the subtle influencing tactics available to you when attempting to influence other people and the methods being used on you also.  Beware though, to ensure that you are always ethical and that you use your newfound awareness and skills, for good and for the benefit of everyone in the exchange.  When my newly elected Councillor calls back to give me a date for when my footpath is to be fixed, and it gets fixed, everyone will benefit.  I’ll keep you posted on that one!