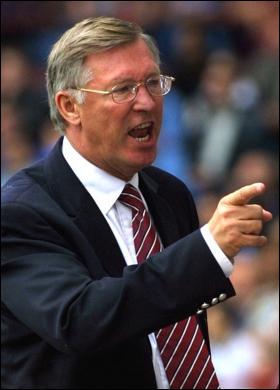 I have been struck by the David Moyes sacking and am not a big soccer fan (although living with a few Man United fans makes me familiar with the soccer club whether I am keen or not).  I think there is a lot of learning to be gleaned from this event on recruitment and retention, contract of employment, talent and succession planning, leadership development, change management,  stakeholder management, motivation, team-work ,  public relations and corporate governance.

I must say that my opinion on the sacking is that Alex Ferguson got out in time : ‘quit while on top’ etc…- and that the team would probably still have had a poor season even if Sir Alex had stayed on.  I do not think that any manager, interim or otherwise, would have resulted in a majorly different outcome (see the Republic of Ireland team as a prime example of this). If the team is good, bonds well, is tenacious/has spirit, and crucially has lots of talent, then their chances of success are high.   Alex Ferguson had a longer period of time to prove himself as a manager; the pressure of the stakeholders (coupled with voracious public opinion) ensured David Moyes did not have the time needed to settle in and prove his managerial ability. He failed to deliver and had to go, however, I am sure it was a mixed blessing for him: a huge sense of failure which does not bode well for his next role and relief at the same time that this experience is over.  I learned a lot from this event, in particular:

Contracts of Employment/Onboarding and Induction:  A contract of employment is a reciprocal agreement.  David Moyes knew what he was taking on, he had a good track record already, and he had the support of his predecessor: all good on paper.  More needed to be put in place to support him in his new position.  It’s not enough to ‘show him the money’:  a time period which was realistic based on the current team’s abilities/ talents, team spirit, resilience etc.. was necessary; and stakeholder buy-in, essential.  If I were David Moyes, I would be very careful about that for the next role.

Succession Planning and leadership development:   Ryan Giggs, wonderful and all as he is, is not an Interim Manager in any real sense of the word.  So, Man United are afloat until they hire the next (Dutch?) manager.  Some say that a serious Interim Manager would have been ideally put in place, giving the club more time for recruitment, although, I am really not sure how successful that would have been for the club this season, to be honest. So what was going on with Succession Planning?  Surely, over the years of the Ferguson reign, successors were being trained, honed, developed?  We all know that the test of any great leader is being able to look out into the crowd and point to their successor.  Surely, this David Moyes failure, is a reflection on Alex Ferguson also and a serious lack of succession planning and leadership development, or am I being very naive and this is not how soccer clubs work in practice?

Recruitment and Selection:  beware cloning.  Did Sir Alex Ferguson (and the rest of the recruitment panel) choose a younger version of himself: Scottish, tough-talking and hard-working – a classic recruitment mistake!  Where was the corporate governance testing to ensure the specification and the process were inscrutable, given the huge costs involved in hiring the new manager and then seeing him subsequently fail to deliver and paying him a huge sum of money to leave: a very costly experience indeed.  And that does not include all the young fans (mostly aged 5 yrs – 12 yrs) who left Man United and are now loyal to other clubs such as Liverpool much to the ire and upset of their fathers and grandfathers!  Sir Alex and the club, have a lot to answer for, I would say.