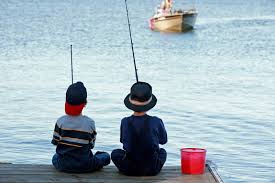 I published a blog-post recently on how to use Cialdini’s ‘Six Principles of Influence and Persuasion’ to influence more effectively at work and now it is time to tackle that rather elusive area of resisting influence, so that I can get on with the job (or whatever I am doing that’s important to me) and invest my time (and my money) doing what I want to do: living my life.

The main secret to taking back personal power is being mindful, paying attention, taking time out to think, making a considered and thoughtful choice and thinking through all the possible consequences as a result of potential action.  Just being aware of what is happening and what you are committing yourself to, will be helpful in making the right choice.  Using Cialdini’s Six Principles it is possible to increase awareness and open up more choices which will be personally satisfying:

Principle One: Reciprocity: Before accepting an offer of help or a loan of something someone else thinks you need; before agreeing to hear a secret or share in something that is confidential or before accepting a free gift or discount, ask yourself whether you are going to feel obliged to reciprocate the favour. If, having thought it all through, it is okay and you feel totally comfortable, then accept away, if not, even if it is just a small whisper of doubt, then walk away (respectfully).

Principle Two: Commitment: Before agreeing to get involved in a project, or a new team brain storming or in any aspect of another person’s work, even at a very low initial level (could be just a discussion), think about what this could lead to. Will you begin to feel involved, committed to following up and through; do you have the time or even the real interest, to invest to go further.  Will you feel so committed that you will not be able to change your mind or become closed off to alternative ideas or actions?  If it is a yes, then hold off now, the early and sooner, the better (again, respectively).

Principle Three: Social Proof (or Consensus): ‘We always do it this way’, so often quoted in organisations, brings to mind for me a big: ‘if we always do it this way, we always get the same result’.  Maybe it is time for a different approach leading to a new or better result or maybe not, but the excuse of ‘we always do it this way’ and its companion: ‘we tried that before and it didn’t work’, are equally restrictive.  Just because everyone works late, is that a good enough reason to miss your evening walk or your colleagues take home their lap-tops and send e-mails at 11 p.m. at night, is that a sound enough reason for you to do so also? Even if everyone in the group is following a particular idea or going down a similar path, it might not be right for you, your work or your career. You might decide that it would be best for you to go against what has become the trend or try out something totally different or new, never tested before.

Principle Four: Liking: The next time someone asks you to get involved in a new project or take on an extra task or responsibility or sign up for a new service or product, and you find yourself immediately saying ‘yes’, then stop and ask yourself, are they very likable? Are they similar to you? Are they familiar to you or do they mention other people who are familiar to you? Do they give you compliments that make you feel warm and open?  Are they charming and attractive? To resist their influence I am not recommending that you be suspicious of them or look for ulterior negative motives, just be aware of your own susceptibilities to make a more aware, thoughtful and considered response (respectively).

Principle Five: Authority: This can be a very obvious principle in practice, for example, the boss asks you to join, yet again, anther cross-functional team and you know you do not have the time nor the energy (or even the interest), to do so.  Be aware of your reaction to authority, and just because it is your boss or someone in the organisation more senior to you, does not mean that you automatically allow yourself to be influenced.  This is an opportunity for negotiation: bosses and people in genuine authority can be difficult to resist. The Principle of Authority can also be used rather subtly though, where someone uses the ‘trappings’ of authority to exert influence i.e., using their experience, knowledge, educational qualifications, a uniform etc…  Be aware of your own reaction to authority, real or otherwise, and question your reaction by taking the time to think things through first: are you making a thoughtful choice based on what is right for you, or are you being influenced by an “expert” or ‘authoritative’ opinion or request?

Principle Six: Scarcity: Too often we are influenced by urgency rather than importance.  We jump to another’s request because they say it is urgent; we buy because the stock is running out or the product is claimed to be very rare or we are being offered a discount now that will not be available to us for long e.g., the annual splurge in the January sales after the huge spend at Christmas. The question to ask before you are influenced by this principle is: is the request important for me?  Is it a priority for me right now, in my job, my career, for my team?  Is the product or service that I am about to invest my hard earned money in something I really need and will it add value to my life? To resist being influenced by this powerful principle, it is necessary to know that urgency and importance are not the same and to question therefore whether a request is truly important or just urgent. It may be urgent and important to someone else (the person trying to exert influence) but not to you.

The ‘respectively’ in brackets on using the Principles is a reminder that we can say ‘no’ to the request being made of us and resist being influenced, in a respectful way that says ‘yes’ to the person trying to influence us.  Just because we resisted being influenced does not mean that we are judging the person nor does it mean that we dislike them in any way at all, in fact the opposite, we are giving them the respect of taking our time to consider their request and we may even take the time to help them fulfil their request in a different way which will be a win for them as well as a win for us.  What a win indeed: no more unwanted clothes or gadgets, and goodbye to staying late at the office every evening!